Flappy bird turned in to health app with Skip a Beat

The Flappy bird clone that brings your health into the forefront. Game while your heart rate is measured and displayed both as a number and visually by the size of your frog.

I should mention that I have not played this game myself as I lack an iOS device so this is an opinion piece based on the public assets and the press release.

Skip a Beat is an iOS app developed by Happitech that uses the camera of your iPhone to measure your heart rate. It uses your heart rate as input to control the movement of the games character as well as it's appearance. 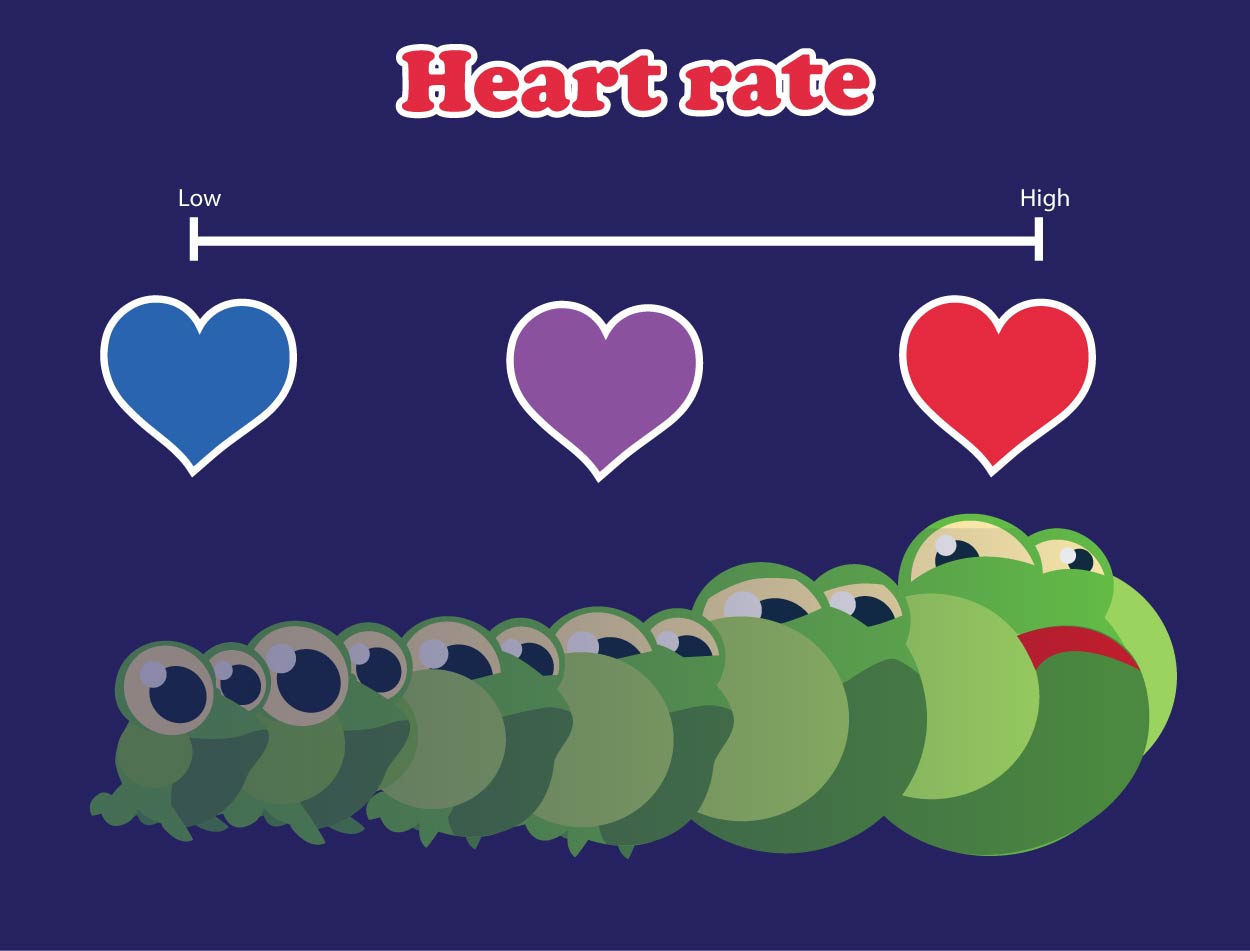 The game looks to be another Flappy bird clone with a frog that increases in size with your heart beat. They don't mention how your heart rate effects the game only that it does in some way. I assume that as your frog increases in size the rate it moves up and down changes.

You have to dodge birds and collect bugs

Skip a Beat sounds like an interesting idea and I'm very glad that they are getting recognized for making something to promote health awareness. I personally would like to see two things happen. 1 for this to come to Android devices for a broader audience. 2 more games use this idea but make it more than just a Flappy bird clone.

Check out the official trailer

- Developed by Amsterdam-based Happitech, Skip a Beat measures the heart rate of the player and uses it as an input to control the movements of the game’s main character.

- Skip a Beat will be the first gamified Health app in the App Store- Happitech has already received a nomination for the Indie Prize gaming award for the app.

-“Skip a Beat was created to give people an insight into their body and mind, and it does so by simply using an iPhone and iPod touch to quantify different levels of well-being in a fun way,” — Founder Yosef Safi Harb.

- According to ABI Research, the mobile health app market is estimated to quadruple to $400 million by 2016.

Amsterdam, Netherlands - February 6th, 2015 - Delft University of Technology alumni announced the launch of the world’s first heartbeat-controlled mobile game Skip a Beat, aiming to provide insights into our health using unique biofeedback software. Developed by Happitech, an Amsterdam based healthcare software company, Skip a Beat is an endless runner game where users control the main character, Skip the Frog, by placing their finger on the camera of iPhone or iPod Touch. The game then measures the heart rate of the player and uses it as an input to control the movements of “Skip”.

Already featured on leading publications such as Mashable and Venture Beat for its fresh perspective on using readily available gaming technology as a practical health tool, the app is set to come out of Beta on the 5th of February and will be exclusively on the App Store for 1,99€.

“Skip a Beat was created to give people an insight into their body and mind, and it does so by simply using an iPhone and iPod touch to quantify different levels of well-being in a fun way”, says Happitech founder and Delft University of Technology graduate Yosef Safi Harb, who developed the Skip a Beat App alongside a team of aerospace, software and neuroimaging engineers that include MIT PhD Mohammad Ghassemi.

The app’s interface allows players to learn how to control their hearth rate by controlling their breathing and thoughts to progress in the game. As the difficulty and pace of the game increases, players are challenged to keep a hold on their emotions and control their stress levels in a fun way.

“What happens when you’ve had too much coffee? A long day at work? Or a good night sleep? I want to know how it affects my health and heart rate. I find it fascinating to see how my heart rate differs from day to day and explore the effect of different situations. Skip a Beat lets you do that”, adds Safi Harb.

“Ultimately the game gives users unparalleled insights into their health”, says Julie Christine Wolsak, Operations Manager at Happitech. “Plauers can see exactly how their thoughts, emotions, breathing and posture can influence their heart rate. From that overview they can apply it to other parts of their life such as work or during their own personal time”.

Having recently received a nomination for the Indie Prize gaming award, Happitech looks to build on the support and recognition they have received over the past two years, which includes winning the Best Dutch E-Health Innovation Award in 2013 and a prize of 50K Euros in development support from Dutch information technology firm Ordina.

As digital devices continue to become an established part of our everyday lives, more developers and software companies — such as Happitech — look towards this technology for its dynamic number of applications.

“The rise of health apps and the growth of the market shows how many people feel comfortable with using their everyday devices to regulate their health, to get advice on how to live a healthier life”, explains Yosef Safi Harb. “With Skip a Beat, anyone with an iPhone or iPod touch can have access to this fun and insightful technology.”

According to ABI Research, the mobile health app market is estimated to quadruple to $400 million by 2016.

Now with its full Version 1 release after three months of Beta testing, Happitech’s Skip a Beat game — available for iPhone 4, 4s 5, 5s, 6, 6 plus and iPod Touch— is set to change the way we manage our personal health and lifestyle.

Skip a Beat: Heart Rate Game is available for 1.99€ on the App Store for iPhone and iPod Touch: www.AppStore.com/skipabeatheartrategame

About Happitech
Happitech provides biofeedback technologies for app and game developers that leverage everyday devices, using vital signs such as heart rate to help people better monitor their health and develop more self-awareness. Happitech supports preventive healthcare solutions. Skip a Beat is the world's first game where you can use your heart rate as the game controller and learn to master your heart. For more information visit: http://www.skipabeatgame.com
Email ThisBlogThis!Share to TwitterShare to FacebookShare to Pinterest