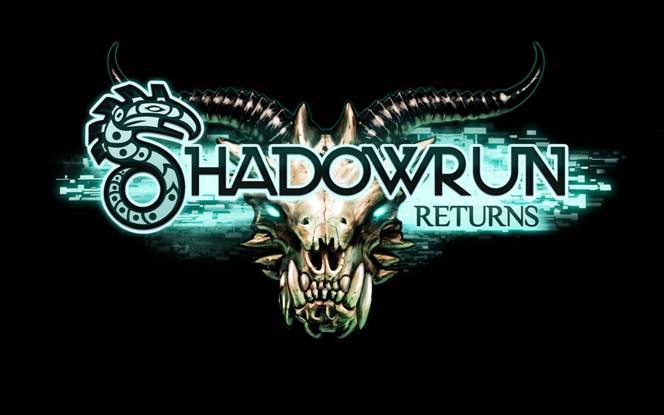 Let me start out by saying that this is the first Shadowrun game that I have ever actually played. Yes I have tried the 1993 Shadowrun for the Super Nintendo but I could never get into it due to it's... Interesting controls (read point and click with a controller). But the game concept and the universe intrigued me, Over the years I forgot the name of it several times but would bring it up every few years and try to find the name of it and feel that they should remake it for the pc where it ultimately belonged. Well a few months ago was one such time that It popped into my head, I did a quick search for it and what did I find but a new Shadowrun being made for its proper platform (psst its the PC). I instantly fell in love with the style and everything I say was just the best thing I have ever seen.

Flash forward to now where I have been given the ability to write this review and I am just stoked to be able to finally play a Shadowrun game without being hindered by a D-pad. Well I wasn't home when I got the Beta code but I had a 2 hour drive till I got home and then I had to download it and set it up. This just ate at me up inside but I managed to do it and when I first started it up I felt a chill as the dark and music (composed by Marshall Parker and Sam Powell from the 1993 SNES Shadowrun) started to play and the menu appeared.

When you start a new game your greeted with a fairly standard character creation menu. You can select your gender, race and choose between several preconfigured or a custom skill sets for your character as well as select from one of several portraits and player models. The models look nice but are lacking the level of detail that you see with other games though this low detail level just feels right in the world, fitting in with the 2D environments. Each race has specific traits that are more prominent then others, these usually have higher starting values and higher max values. After choosing a character model and skill set you get to pick traits and spend your skill points on your starting stats. As soon as you are done creating your character you start in a modest apartment. After looking around the apartment for a while you get a call from an old “friend” and are sent into a flashback where you learn more about yourself and your “friend” but more importantly you get to experience the combat system for the first time.

Shadowrun Returns is broken up into missions and uses an auto save feature that saves at the beginning of a mission. It uses a tactical combat system where you have your squad and each member has action points. Each action your characters take use action points and once they're gone then that character can't do anything till the next turn.
This is customary for tactical games like this and even new people to this style of play should get used to it rather quickly. The combat system uses cover and line of site as a tactic and shows you how good the cover is and to what side you have cover on. This system isn't perfect as it doesn't always show that you're in cover and at times it's hard to tell if your line of site is broken simply due to the layout of the room and the camera angle.
Shadowrun Returns comes with a full scenario editor that allows users to create whole new missions and stories and share them with the community. The editor has been out for many of the kickstarter backers for a while now so there is going to be plenty of user made content available. Someone is currently working on recreating the old SNES Shadowrun into Shadowrun Returns using the editor available here http://www.obsidianportal.com/campaigns/snes-shadowrun/maps
Overall I feel that the 2D backgrounds and the 3D character models mesh very well together and unlike in some games they feel right together. The story is excellent and you don't feel like it's being force fed down your gullet so you can play the game for the story or the game play or both. The main story is quite linier and it tends to feel like there's some handholding going on but you can choose to help someone or leave them to their own devices and save your own skin. I am not a master of table top RPG's but this feels like how I would imagine a table top RPG should be on a PC.
Check out my video review on YouTube
Email ThisBlogThis!Share to TwitterShare to FacebookShare to Pinterest